A musical love letter from BJ Nilsen to Gavin Bryars, Holykindof's "Stay / Sea" touches base with music concrete – several whooshing reversed vinyl noises pervade the atmosphere; lo-fi drone – the entire three pieces encumber around a type of linear erosion; and mood aligned with lysergic pensiveness. Running to 40 minutes, the pace never feels laboured or forced toward a gear-shift. Yes, the atmosphere is rickety, thanks to the noisy-scratchy nature of the sound sourcing, but in general it's in third lever and never breaks a sweat, and doesn't cause you to perspirate.

The scratching is to an un-attuned ear disconcerting over time, whereby you need to have listened to enough other musics before listening to bypass its irregularity. It subsumes the languid cello playing stylishly and gives a welcome change to the landscape of otherwise 'regular' sound. In an age of wanton experimentation, where musicians continually gambit for a break from the ordinary, "Stay / Sea" is not oxymoronic of its title, being strong and steadfast like the waves of an estuary. It is rooted in traditional orthodoxy of instrumentation, yet contains an alien edge. This is due to its potent fixation quality of repeating chords. It is needed, in compositions that rely on the wealth of sublimative, subconscious mind-shaping harvest that pulsates from thought to action.

The shorter the track in this release, the less effective the results. The crop is always worthwhile, a melancholic cloaking device for the emotions. That dial alters in resonance every time you hear it. Like Bryars' "The Sinking Of The Titanic", "Nocturne In S Major" is ruthless in its intention and paints a sullen, purposeful backdrop to much-a-do-about-nothing periods. "Stay / Sea" turns in the covers of sleep like a coastguard watching the blue grass crash. 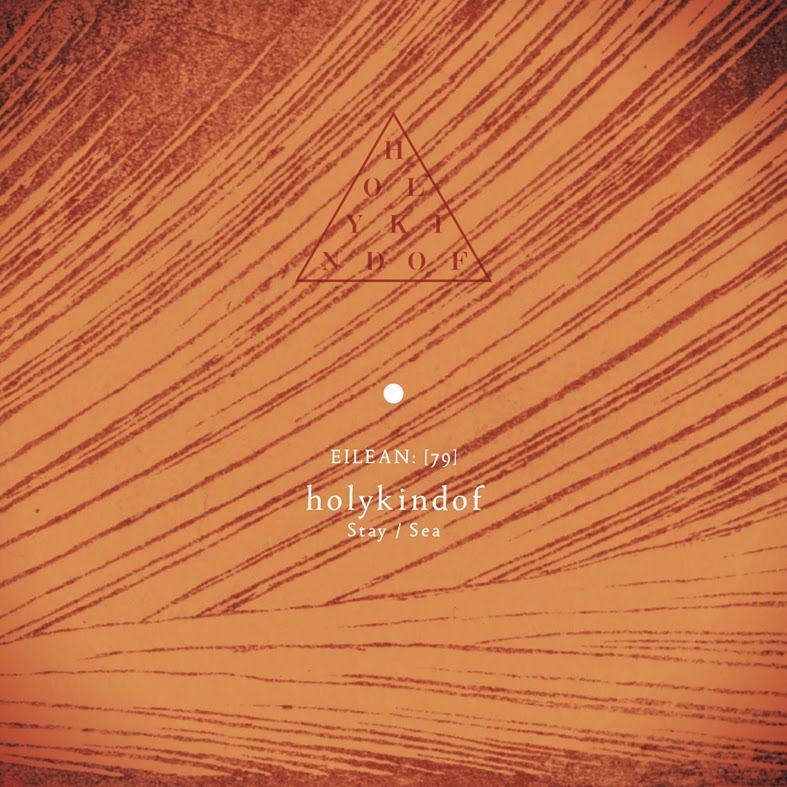 This thread was posted in the first week of June 2014 on Subvert Central - here's the link:

"Maybe sparse, but mostly a repetition of the same note or chord" Nic TVG, aka InfiniteSloth begins. It's an interesting subject this - there is an awful lot of drone about, but the trend in the last 5 years - 2009-2014,  has been to fragment structures of ambience into more abstract, yet paradoxically song-based compositions. Just look at how "And Their Refinement Of The Decline" from 2007, posted by me, by landmark artists Stars Of The Lid (Adam Wiltzie & Brian Mcbride) has become "a start" for this topic. As an expert in the ambient field I was humble enough to avoid including my own compositions, and also because they're not entirely drone-based. Yet artists all over have lost the holy grail of minimalism over time - just the other week for instance I was suggested to be "stretching ideas too thin" - I was changing stuff around quickly, not letting it time to ferment and develop potency. This pattern has scatter-gunned throughout the ambient, drone and contemporary classical mecca, and no one no longer stands for a specfic style of drone.

Drone being what constitutes ambience in all music, it's all in the feedback for starters. So I thought: "you want ultra minimal? Try some Paul Bradley then". Here's the link to one of the best minimal drone LPs out there, as recommended by Dave at Low Light Mixes:

Nic said he wanted stuff like this, so hopefully more contributions from far and wide will follow. :)

"If the first 50 seconds of Greg Haines - Snow Airport were looped for several minutes, but played by a human and not synthetically looped. That's what I'm on the hunt for."

Statto references lauded composers Eliane Radigue and Pauline Oliveros. "Naphta posted a video of Eliane Radigue on June 2nd (on Facebook), which was the first I had heard of her.

The post by cube references long-time industrialists Coil (Peter Christopherson passed away in 2010) with a video for the LP "Time Machines". I haven't heard this yet but I loved "Musik 2 Play In The Dark". He also posts one of his own tracks as ennui (I have a download of his "Mindstate Disposition").

The newest post just before publishing this leads the reader into finding out Nic's Another Timbre interest has yielded some repetitive drone fruits. Stay tuned (or dissonantly tuned) for more.