SubVersion Stop 118: Takemitsu - Requiem For String Orchestra, Dedicated To The People Of Japan

Even messages at sea foretell disaster. Japan's implosion insisted reparation worldwide. Rising iodine hazards; tsunami tides; earthquake losses; currents at life's expense. On this relief piece, Japan's Takemitsu conducts the New York Philharmonic in superb, spontaneous refrain, aiding reconstruction of a beautiful country; as it remains, as it once was. For what it's worth, should concern any classical music listener. 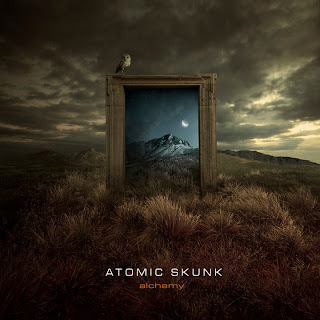 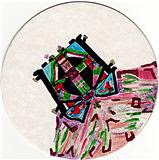 If you wondered where this 26-letter adaptation arose, it's from a vastly different area: business. I'm no materialist, but I'd suggest, for creative types: get Ken Hudson's "The Idea Generator". Dozens of base concepts, stimulating across tangential control.

As ambience misses industry, insecurity encyclopedias can anchor balance plans. And creators aren't single authority - just a benchmark for qualitative predilection. That's the idea of my accompanying 38 minute mix - to dispose contrivances, ever populating niche music opinion. A vacuum melt that Tom Jenkinson sucked out the gateau on his "...Everything" mini CD.

So, there's some drums, but accented by drones. Melodies glue the narrative together in multidimensional ways. If I listen back to "Armless Salvation" in even a month, I'll have found more ideas to add to chain reaction articles. Within a week of the first thought, this published, and you could involve yourself too - you're always welcome to send an email.

People try and push squares - we could make triangles

Size matters when Maslow's Pyramid crumbles. Only then. Zero needs - Nestle tubes, most of the time. We don't really 'need' anything in life - it's one drone forward, another pad forward. Ambient music will always be there to help you up. Next we'll delve further into the alphabet. A Black To Comm: "1968" way - hopefully.
Posted by Muttley at 08:06 No comments:

Harold Budd tapped telegraph poles in the '60s; 2007, accenting R. Guthrie's guitar. The gorgeous "After The Night Falls" I listen to as a beehive meld. 2010 with Clive Wright's "Little Windows" affirmed: hopes anew soon, beyond Cocteau Twins appraisal. I'm looking forward to studio output from Anna Rose Carter in this vein - Fluid Radio's no.1 of 2010.

Problem is, wholesale, AFX blitzed arrows in '90s Ambient anorak, before the rise of chill-rave. "I suppose it is important for me to do it in the sense that it helps me live, you know." Making handfuls of tracks mentally, day by day. Fabrics got punctured by Chicken Run trailers. Never far past boundary, through Ambient's indispensible can(n)on. Squat, ignite, splat. Or...

Compared to Oasis mosh crap, the outlay (booking the niche genres, promoting the niche opinion) is bloody worth it. These dudes love to play, and if they don't, rip it up, and don't restart. Winnipeg's Send + Receive festival brought: Tim Hecker, Sawako, Taylor Deupree, Oren Ambarchi, et al, to their intimate shows in preceding decade. Their documentary/audio DVD double put across their events as small-time operations, looking for a loyal following.

Elsewhere, domains such as Phuturelabs - who I can't keep up with, four new entries every 24 hours at most - drop knowledge on post-classical (Max Richter), William Basinski, and assorted Ambient goodies. Resident Advisor covered Pop Ambient compilations for length. And though surging into Demdike Stare-ish trends lately, maintain flavour with vast subforums, allowing members to discuss news, their views, and, er, 'Witch House'.

We need a rocket salad

Mix "The Pirates Of Penzance" with Formication's "Catastrophe In Blue"

Detune vocals 300 cent, add Q Filter low, reverb vox trails over chuntering rain machine. Sit back and watch sparks fall to Earth, and calm. It's like Throbbing Gristle all over again, only bigger. Easy Tubbs and Edward. Strangers shall come to Ambient, but they won't touch the precious things of your shop. Unless you inflame their skin. Exactly what landmarks Coil did in their prime, with the spine-chilling "Musick To..." a bunsen of singed termite pits.

What is this man looking for? Poof on terms ay?

Binlingualism attracts me to Ambient daily. Track names fairer, spacious affairs. An improvement of "My Mum's Iron Is Coming To Autograph Your Forehead". Or "Daddy Didn't Feed Me Coco Pop's, Now I'm A Mad Mo'Fo With An Erection". Get back fam', let's talk between the lines. Ambient's recreationality, goes deeper than Dizzie, Shystie. Sure, infantile 'beef' can be amusing, but where's progress? Public Enemy walked that line a lot better three decades before - the grime was still there, but it was human, not a dollar bill Barbie in disguise. Too many dolls, not enough seeds of love.

"Armless Salvation" mixtape will be online at the weekend.
Posted by Muttley at 10:38 1 comment: 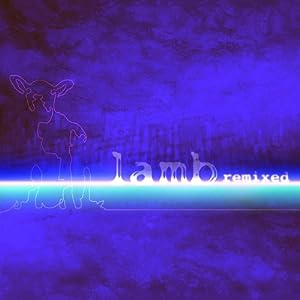 Mother's Day's been okay here. She's happy, we're humbled. So I've decided to dig out my 2006 CD gift, and publish it online.

All mothers have everlasting logic. Leaving it out, just lovingly. Mum's spirit inhabits us like Brahma: everywhere.

A deep anxiety, reductionism sedative. Imparted by other families, passed on wisely.

They share the things I know and love, with those of my kind. Doing to protect, nourish and brush off mosquitoes. Never choosing to sting toes madly.

I was 18 when I made "Breaking Through Dawn", often spending £50 a week on fresh D&B vinyl. Recording, converting to CD-R via Wav editors, I ended up with 500 base files, all keepers. Winding down with eBay purchases; tired of checking D&B heavily post-2007.

3 deck live mixing, first time CD-housed. 3 tracks mixed for 4 minutes, most tunes edited. The Aphex track, my favourite from him, was my first track editing attempt. I still quite like that bitcrush of The Alpha Rhythm's guitar intro.

In love or loss, please keep your head up for me. Days like these are what we look back on in years to come, and they shape our individual destiny in the long run. Mother's belong, so here's a little song for mine.

Alt. quarterly Cabinet's superb Magic issue, taking in everything from Tommy Cooper's daft tragedy act, to lefty Venn diagram-solving, was an Evil Kaneevil to its readers in 2007. Fitting influence for Winter 2010: colloquial illusion. Circular modernism breeds ideas of concealment, while doing too much causes mistrust and atrophy.

The trouble with doing nothing, otherwise, is you never know when you've finished. When I finally welcomed two-side Blighty, I acquired a life-changing record from the folks at Fluid Radio. Natural Snow Buildings' "The Waves Of The Random Sea".

Upon review, "Endless Rain, Rural Glass" formed in 5 days. 98 samples, 59 minutes, 100s of structures, groupings, and emotion. So, cheers Dan and Jess for the ruse!

Relmic Statute was then mixed with one mate's love of Jazz. She was leaving work, so I endeavoured to make a nice farewell gift. Evan Parker, Hive & Keaton, Art Blakey, Louis Armstrong & Fitzgerald washed. Speckles of prog: Glenn Branca, A Silver Mount Zion. Gentle bliss via Stars Of The Lid, Kettel, Colleen, The Pretenders' Chrissie Hynde. Everything harbouring older D&B values from Arcon 2, UV, unreleased Foci's Left. Those drones you may recognise elsewhere. ;)

There's so many time-codes in "Endless Rain...", that posting a tracklist would be antithesis. Balm for the Spring - drink it in if you like.

If you'd truly like to know what entities I'd recommend as life inspiration, here's three in three categories each.

There will be an interactive mixtape concept on this blog in the next week, where you'll be able to forward ideas to shape where I, and my real friends walk next. Until then, be well.
Posted by Muttley at 11:30 No comments: