Brad Rose has run the Digitalis label for over 5 years with great releases from Chicago psych-rockers Zelienople, Pocahaunted & Robedoor, and Rose himself under one of his many production pseudonyms, Charlatan. When I asked him if he'd like to contribute a 15 Minutes Of Fame mix to the 7.5 years running series, he was really enthusiastic, and now we have the great results - a 40 minute, 10 track mix covering the best in tapes for 2013. Check out Brad's Isolatarium eBook and download on Bandcamp for a taster into his area.

http://www.foxydigitalis.com/foxyd/
Posted by Muttley at 12:15 No comments:

This morning I dreamt I was Super Mario mixed with being a fire lizard on a path that was avoiding falling into lava, mixed with some flickering imagery throughout the night.

Spider mixed with a kid at school's muted voice that seemed to invoke some criticism of the situation.

A big bee trying to sting me, only for me to zap it with a cartoon gun so that it would fly away.

Naked schoolkids running around the street outside our old house down South at night with the streetlights on.
Posted by Muttley at 06:26 No comments:

'Basal Sounds' is ultimately a column for music that hits you in the chest - basal being doctor terminology to measure heart rate and the thumps of the muscle. It's also kinda catchy given bass music has become so first-rate for catching everything between 120-160 BPM that doesn't quite fit its own genre. As a writer, I, Muttley SubVersion have been covering leftfield drum & bass, jungle, ambient and electronica for 7 1/2 years for over 10 publications, so now it made sense to get involved with Organic, seeing as they're some prime movers alright!

Jumping over Linda Barker from Changing Rooms' and Splash!'s garden wall, seemingly on the run in a recurring dream.

My sister fighting against me because she was upset.

Being in an unfamiliar city, seemingly Amsterdam, and venturing through a building, to be instructed to fly to top left of ceiling, through the gap to get to a kickboxing class. Kids being taught in the room and the hole kept getting blocked up with dust/sand.

My sister waking me up in the dream by lynching me out of bed.

Playing war games on a dream screen with a Thunderbird flying through the air with fire coming from it's exhaust.

Being in a History lesson at school again and the most popular kid calling something 'gay' in derogatory.

Coming to terms with my seeming bisexuality and knowing if someone like Stephen Fry existed in my generation, that would be nice to have a relationship with.

Jesu. Slowdive. Cocteau Twins. If these names appeal to you, then Abandon's jetlagged, stoner-shoegaze drones will too. Singer's Umair Chaudry's "foolish pride", his "fear of losing you", says much of the song constructions being slow, steady affairs with light and shade. The guitar's resemble Robin Guthrie's melancholic, depressive diopsy and it shines through on "A Hole That Can't Be Filled", where major chords of electric guitar tread in heavy steps to a dirge of G key vocals, dragging the piece's structure along by its ankles with impressive candour. There are some underwhelming moments due to the pace never progressing beyond a stoner's crawl. However, with narratives like "I can't see the things that pull me apart / Can't deny I've tried / You don't deserve the things I said / That I was blind / It's not you, don't blame yourself, the blame all rests with me" on standout "Not For Who You Are" really strikes the listener with a sense of heartache that's missing from a lot of Avant Rock music of late. Recommended, and Magali Melin's paintings for the card CD case greatly lift the visual/musical synchronicity.

Had an idea to make a dream thread. There's already been at least a couple on Subvert (Maff's dreams and Torment's KRS-One dream). I thought by disclosing the universally palpable ones there might be some clarity shed on the meaning of the dreams. There are dream dictionaries too, and this is a first step in trying to document to oneself what all these metaphors mean.

I was on a train with memory containers all around me. I was a female hen that got put in a cake by a droid which then got put into a catapult device and that was sending a new version of itself on.

Before I tell of what my hypnotherapist sees in the dream (he trained in imaginal realities and dream psychology) I'll leave it open to you.

"Altiplano" is wired to the internal organs of Dubstep and Future Garage circa the post-Burial era. Imagery of emerging bonfires, which require a repeat listen, abound the suburban soundscapes like a marshmellow stick poking the flame - sweet in initial flavour, charred in overall propensity. Spoken word overdubs in the post-mix work well with the sounds on offer, as do a keen set of ears for Industrial textures. This is the second Volor Flex I've heard, and the first with collaborator Encode, and they make a fine sound together. What is crucial to their hit rate is a wringing out of a sample set with deft precision, and an orthodoxy in Dubstep 140 bpm-centric tempo. The timbres are not razor sharp, but neither are they blunted, which gives an experience akin to changing a light bulb in a lava lamp: glowing deep. 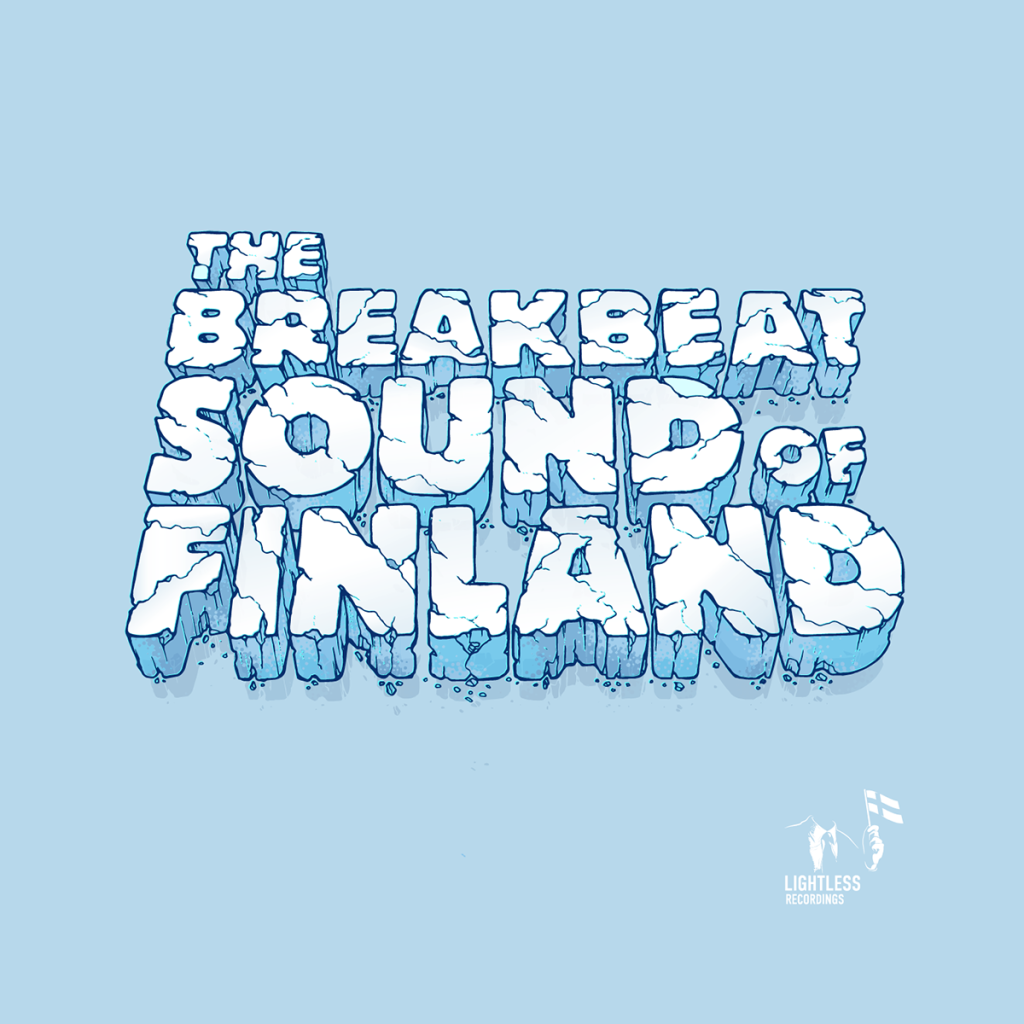 "The Breakbeat Sound Of Finland" has been doing the rounds for a while now, with an increase in subversive activity in D&B responsible for this inclusion at this time. It wasn't going to take long to mention this as the first of its kind: a D&B album from Finland, about Finnish D&B artists. However, "TBSOF" doesn't subdue its characteristic intent, in the sense that the 13 tracks all have solid movements. Unlike milk bottle D&B - white on the outside, full of white boy music platitudes without any of the grit of Black music, where the muscle comes from Funk and House - these pieces, especially Defo's "Culture" in the early stages, herald a return to meaty 90s production with raw breaks processed to just the right level of sub zero chilliness. There's also nods to the best parts of white culture - Techno stability and ferocity, and a recompense to any purchasee who doesn't like surfeits of fusion via diversity. "We Lived In A Garden's Heart" was created before I saw the brilliant film How I Live Now; "Garden's Heart", the first released collaboration between Bat For Lashes' Natasha Khan and Jon Hopkins, being made to close out the credits. It tells the story of Daisy (played by Saoirse Ronan) travelling to the UK to visit her cousins, only to fall in love with the elder and be struck into fighting for her and Piper's (the youngest daughter's)  life, as they are called away in an enactment of World War Three.

I am not usually one for full-on Action or full-on Drama films. But with How I Live Now, an excellent balance is reached. The dialogue that runs through Daisy's split-second thinking in a Surround Sound cinema is beguiling as it affects the overall narrative ("Step out of your comfort zone / Stay focused"). While the body bag scene and the return of lover Eddie's Peregrine to a part of the story gave me gestured emotions in watching on the edge of my seat ("Oh no / Yes", in no particular order not to spoil it for you). 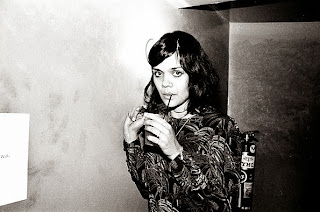 I find "We Lived In A Garden's Heart" to be an interesting mix - for one there's a basic time-stretch done on the tracks past 7 minutes, to 70 BPM - so "Garden's Heart" has been drastically slowed down - and second it's my first mix created in my now upgraded Acoustica Mixcraft software. Mixcraft is an even better program than Acoustica Mp3 Audio Mixer - of course as the price is just over double its feature-set is as according. At £49, you get several Virtual Instruments, (Vsts), it's ReWire compatible, has a great video editor, and has an excellent, easy-to-use-and-scribble interface. I prefer it to using Ableton right now.

Please go and see the film if you can - I caught it on the last showing at my local Oxford cinema last night. The full soundtrack by Jon Hopkins is superb as well.

Enjoy "We Lived In A Garden's Heart". It's interesting to me for a third and final reason: my debut album "Grumpy Love" was critically acclaimed on the well-established Fluid Radio website by one of their most consistent writers - James Catchpole. The last track on this mix, both an emblem for How I Live Now and my next LP, is titled "Love Conquers All (For James C.), after a comment by him in the review's main body.