Expansive, alluring, charming, flavoursome, sprightly...these five adjectives all fit description of 17 Pygmies latest offering. "Isabel" is a concept album following the intricacies of Dr. Amelia Isabel, an occupant of an imaginary ship - the Celestina - where 17 Pygmies founder member Jackson Del Ray put together a 3CD trilogy in 2008. It's a cool storyline to have; Spanish guitar comes over like a star-spangled banner; the material is at once cited as Samuel Barber and Brian Eno influenced - luckily the magic holds, and so does the quality. Strings on "Isabel IV" sound as if they were drawn from a pool of intermingling real life productions, and the sequencing adorned by the guitar chords is sublime. "Isabel V" has a certain Mike Patton quality to it, simplistic rising and falling notes pitching against a sturdy 4/4 backbeat that recalls Mr. Bungle's more subdued moments, later partnered by electric guitar from Meg Maryatt. What becomes clear: these string sections are sown together tightly, controlled by rays of the sun. Or rather, 17 Pygmies are carriers of light and warmth.

"Take me home / Back to where the place I was born / It's not much, but it's home / And it's all that I know" are vocals by Jackson Del Ray that are sung with a heart-shaping innocence. The violins that proceeds to enter after the keyboards and guitar give the music ethereal-ness and not pomp. This tricky balance is circumnavigated thanks to the band's more-than-30-years experience and Jackson's mighty lead in the morass. Even further in, a Flying Lotus-like synthesizer chirps away sweetly against enveloping string undercurrent. Magical.

"Isabel VII" reminds me of listening to Julian Cope's "Copendium" orchestral tracks and finding parallels in expertise. Efterklang sound a touchstone of this faster-moving work that never threatens sterility for the sake of fantastical sorcery. Effected "Ha ha ha heart" vocals pepper the narrative well and lead into a miniature path of non-noodle. This predates the re-introduction of "Isabel V"'s melody, stretched in watery fashion over lightly pulsating vocal tones, and temperance of residue in the background. The more sinister feel becomes more suited to the album's continuity, and always-marriage of light with the relative dark.

From the intro's ravishing, captivating gentility, to the enigmatic closer "Kyrie", 17 Pygmies have scultped a transcendental record that rewards with every hearing, large or small time. If only more LPs were as good as this - Dr. Amelia Isabel would end up with quite an inheritance.

Purchase @ Kudos Records
Posted by Muttley at 07:51 No comments:

SC member 247 has been publishing the FuturePast fanzine for 2 1/2 years and this time it's a real corker. From his Subvert Central post:

Available now, "it's a free fanzine and I'm happy to send a few out to people so if anyone is interested then drop me a PM with your name and address. Enjoy".

esb, who used to run Detuned Radio, later turned into Decarie Sessions by Jason, has already commented. "Nice read! As a person whom used to publish a fanzine I must say I love the aesthetic."

Get your copy from Subvert Central communication now
Posted by Muttley at 10:25 No comments: 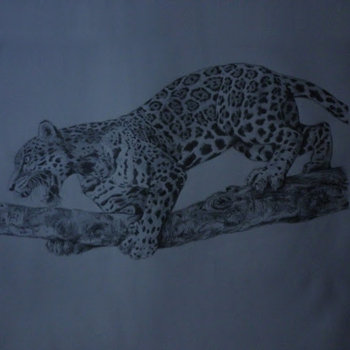 Dedicated to my sister, the beautiful Joanne Buckingham. Modicum: to raise a smile. This is a soundtrack of my llife so far.

Artwork is "Leopards" by Niomi Jackson.