An inflammatory discussion on the forum this past five weeks is "anyone know what this is?", started innocently by MetaLX researching English heritage. Two users of the uepengland site, where the image - White Wulfshead (or Wolf Of England): "a symbol of kinship, strength and loyalty for the English folk" arose - jumped in to defend their rights to a national identity, root argument "seeing us recognised as a unique people with an ethnicity that is our own". All's fair play until MickyG calls out the pretend bigotry of Statto with ridiculing rebuttals, in just as pseudo-bigoted a manner, with its lack of peacemaking to the matter at hand, snowballing the engagement. But hey, this is the way with many talks on the internet.

Luckily Statto returns with truths that "English can hardly be regarded as any sort of ethnic identity. It's the result of indigenous tribes, being modified by numerous invasions (Romans, Saxons, Angles, Jutes, Vikings, Normans), and then widespread immigrations (largely as a consequence our own empire building)." Essentially the fine line: dividing racial purists, and those with a lesser intellect, thinking it okay to throw abuse at those outside their Royston Vasey culture - ("there's nothing for you here") - causes the frictions. As we later see in the SC thread courtesy of Droid, Jeremy Paxman sadly hasn't the inclination to deal with Stephen Yaxley-Lennon, former BNP party member once convincted violent offender. MickyG is firmly in defense of the minority position English heritage has left, and as SC sees from the other briefly joined member...

Blobhead: "I love the Islamic terrorists, I love the anti-white Muslim paedophile rape gangs, and I love the areas where they don't even speak English. I love the black gang culture that enriches London and I love the hundreds of charities and groups out there for anyone who isn't white or English.(...)Three cheers for mass immigration and multiculturalism." - are confusing sincere sarcasm with multiculturalist values - dangerous territory in numbers, and neither big nor clever. Droid: "These kind of comments are exactly the kind of crap that the murdering scumbag in Oslo spouted in his manifesto, not to mention his links to the English Defence League." As we then learn from MetaLX, the last substansial post thus far, accumulated opinion for how he came to the uepengland website.

MetaLX: "Personally, this whole view of hating others to the exclusion of ‘your own’ really sickens me, whether it be here, or what I read on sites like the one that I found. I feel that espousing that type of view lessens you as a person; for me pride in my ethnicity (genealogy, heritage) only enhances my appreciation of others’ and not the opposite. People can spout on all they want about foreigners overrunning their country and the like, but at the end of the day I know from experience that hate is not the way. By creating, connecting, and reinforcing semantic associations like racism and Anglo-Saxon, all you're doing is reinventing that culture as racist; it’s a self-fulfilling prophecy. Were the Anglo-Saxons of the 5th century racists? What would they think of the filth that is being propagated in their name?" It's a burning question, and a topic that should hopefully see greater interest.

Anyone know what this is?
Posted by Muttley at 10:45 3 comments:


Dub re-interpreted by Cezanne, kick-flipping over an early Electronica hubcap and leaving the city street flooded with liquid life. Busting a simultaneous equation of kaleidoscopic discolour by rusted mechanics, choral voices a la Gregorio Allegri wipe the surface, get caught in the waxwork, then slip into homeostasis. A monastery routed by Dalek science, exterminating all comers with sheer atmosphere and placated morphology - that's about the size of Leyland Kirby's "Eventually, It Eats Your Lungs", tune one on "Intrigue & Stuff Vol.2".

But words obstruct: it's music to lose yourself in, dance floor haunted or nothing. "Speeded Up Slow Motion", a derivative of Actress' dubstep splurge, hardwired to glimpsing life's meditation channel. Soon as it's snappy revolutions fade out, we're back to Kirby's dark aether for the characteristically ingenious "Complex Expedition", a tapping-on-dub-Techno's window lament, withering and unfurling like a perm sprayed with insecticide. Tangerine Dream's echo hits resounding jackpot and the notes spill out of the fray indecisively - a lock's being placed on withdraw, but territories' unsure where. This release curls and cajoles your excitement for modern Electronica - in as many strange angles as phonetics confuse a foreign peacemaker.


And peace is what Paper Relics, on "Over Exposure", are highly susceptible to. Harry Towell, you may know from Spheruleus work through Under The Spire, soon-to-be Hibernate Recs. This debut LP for the duo: him and brother Stuart, sees a calm expansion of their "Recovered Artefact" EP from Harry's netlabel, Audio Gourmet. This pair took different paths during their upbringing: Harry electronic, Stuart Rock, and if that's to infer anything, "Over Exposure" has guitar manipulation to ignite your inspiration, a flame that's always been burning - true brotherly love. There's real history in the collaboration - as Harry explained on Fluid Radio: "We thought that looking at the track titles on 'Recovered Artefact', you could quite easily apply them to the album as they refer to the destruction of the farm that the album is all about."

Indeed, "Soft Focus" stirs rustic suppleness much as Mountains and Rameses III are renowned for. And for one producer of two having minor playing experience, it speaks volumes for the artistic calibre on offer. The Towell's guarantee you'll be humming out of the bathroom regardless of if you're an electro-acoustic nut like me. Surprisingly the rhythmic side isn't interrupted or impeded. Musically, joules can answer the question of why producers negotiate continuous track orders, in their respective genres, as well as prism their approach to win you over with grace and real charm. Invest.

Intrigue & Stuff Vol.2: Order at boomkat
Over Exposure: Order at Stashed Goods
Posted by Muttley at 13:55 No comments:

SubVersion Stop 135: For The Ambient Lovers...review and mixtape archive 001 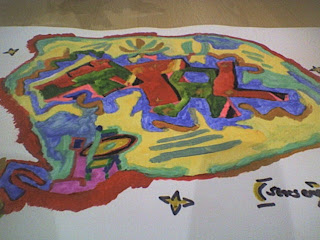 As far as perceived, there wasn't a thread on SC devoted to Ambient in concentration, that gave reviews, mixes and purchase/download links all in one. So I thought I'd start one. I submit my short-form reviews and further recommendations for readers, with contributions already well under way. As additional topic material builds, so will the concepts and narrative.

FTAL Mixes, a topic-exclusive series, are submitted every 5 batches of reviews, collating 15 works to mix, in 45 minutes maximum. "Engaged Or Ejected", set one, has two themes: 1) two tracks playing at all times, eschewing construction's engagement or ejection; 2) pattern recognition prototype for investigating the brain's nervous system through physiological study, and how long it can be kept between the two gates before arousal disintegrates.

Download and discuss
Posted by Muttley at 14:32 No comments: